Internet connection is a very important thing and must be the main benchmark in playing online games both mobile and PC games. Surely the Router will be the main benchmark of how stable the internet connection is provided by the internet producer of your choice. However, there are still many gamers who are confused choosing a router and usually only use a default router from an internet provider whose mediocre quality is even less stable.

Surely TechIndia will answer questions and provide answers for you gamers who are looking for a router with very good quality and make your internet connection stable. On this occasion the TechIndia team arrives a Gaming Router from ASUS with the ASUS RT-AC86U AC2900 Series which will be thoroughly explored by the TechIndia team. Let’s refer directly to the article below. A design similar to the ROG is dominated by black and with bright red lines which will certainly add to the gaming atmosphere of the ASUS RT-AC86U AC2900 router. with three built-in antennas, a power adapter and an configurable ethernet cable. Unfortunately this router already has a permanent stand to position it vertically, so you can’t install it on a wall or other position.

While in the router itself there are 8 LED indicators to observe the activities of WPS, WI-FI, LAN, and WAN. On the back there are already various ports including 4 LAN connections, one port for WAN, USB 2 port, USB 3.1 port, power button with indicator lights and reset button. Finally on the side there are WPS and Wifi connection buttons that can be activated at any time. The cool design is not the only first advantage of this router, because there are tons of additional features that can be easily customized via the web and smartphone applications that have been provided. The simple design of the ASUSWRT user interface also makes it easy to access more complex router settings. With so many features it offers, you can design the most ideal network layout for gaming and browsing needs that is not only easily accessible to many users, but has a stable speed. 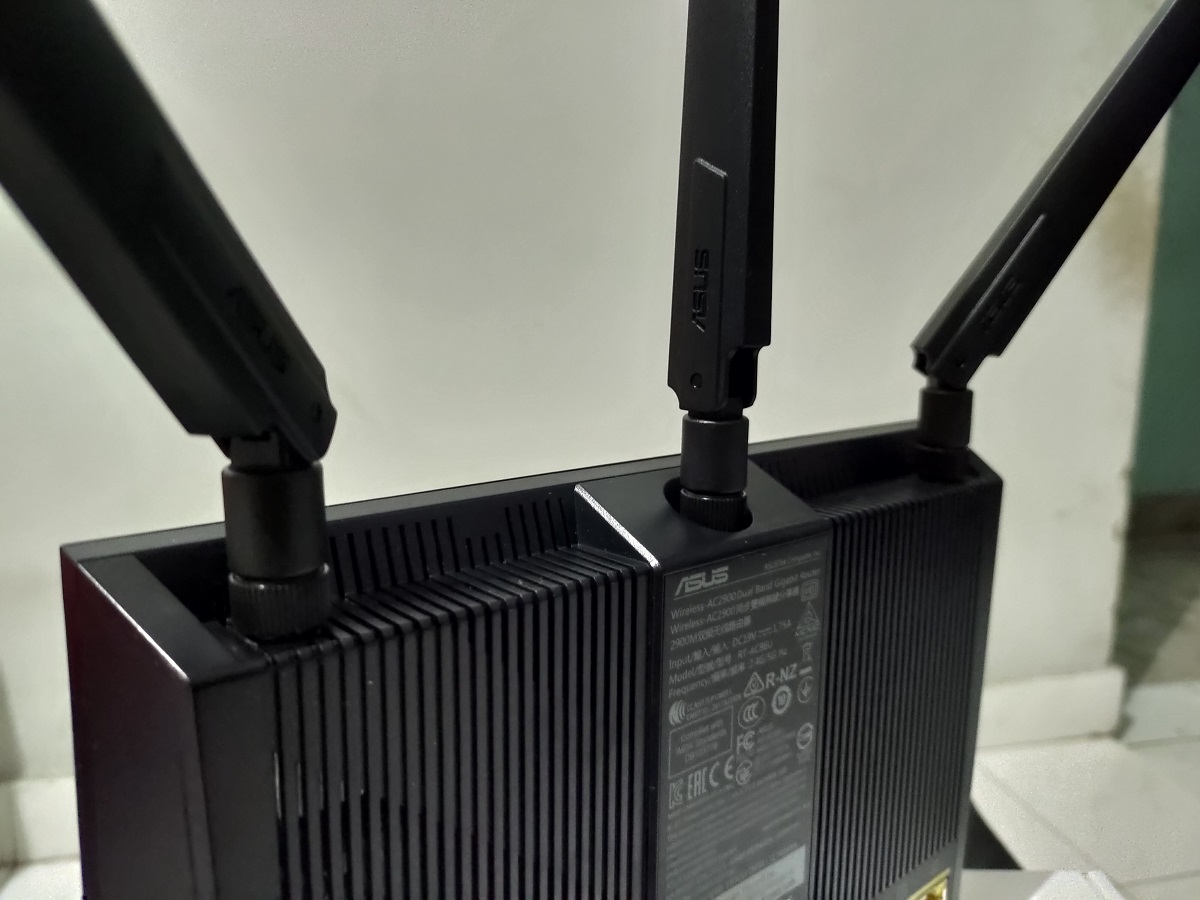 The ASUS RT-AC86U AC2900 is intended for gamers, unfortunately it doesn’t have the Priority Killer Linksys WRT-32X engine and the Netgear Nighthawk XR500 geo-filtering feature. From low latency designs to wide 5GHz data channels to Nitro QAM operations, this router is very supportive for a fast and stable internet connection.

The breakthrough Asus is the WTFast game accelerator, which can be the advantage needed to dominate multi-player games. Based on the company’s Gamers Private Network, the company is looking for the most efficient and secure internet route between the two systems used to maximize bandwidth and minimize pauses. This is not for everyone, because it works with about three dozen games, including Fortnite (for PC), Grand Theft Auto V (Xbox One) and Overwatch (PS4). ASUS RT-AC86U AC2900 is equipped with a 1.8GHz 64-bit dual-core processor (USB data transfer speeds can reach 110MB / s and download / upload up to 1600Mbps – from WAN to LAN), 512MB RAM, 256MB Flash Memory, and also Wifi with NitroQAM and streaming technology to speeds of 5GHz which is very capable. In addition to features that prioritize performance, there is also a security feature that protects all network access from cyber crime and viruses that can steal personal data. You can also set a Parental Control system that can provide the freedom to manage the safest access. Examples include when you want to limit which sites can be accessed by family members and which are blocked.

When starting the router you need a connected browser, the Asus Router application can be used to monitor its operations and make configuration changes. Of course there are versions available for iPhone and iPad and Android devices that you can download on the Appstore or on Google Playstore.

With simple completeness in the sales package, you can do the installation directly, which turned out to be much easier than imagined. You can perform a simple installation procedure by connecting the router to the modem, connecting the laptop to the router, turning on the router, entering the PIN code, and then specifying the ID and password to use the ASUSWRT application. Starting from here, you only need to wait for the firmware update process to finish and immediately perform a network performance test.

The conclusion of the ASUS RT-AC86U AC2900 Gaming Router For those of you Mobile Gaming who are experiencing difficulties with unstable internet, this ASUS RT-AC86U AC2900 Gaming Router can be the solution. Not only providing stable internet, the ASUS RT-AC86U AC2900 Gaming Router also provides a very wide WiFi range even on the 2nd floor of the house to the terrace. Of course you also get a router with an artistic model. The price offered is also quite comparable IDR 4,249,000 at this time.

Of course keep watching TechIndia.info for information about the latest technology that you can make a reference before buying gadgets or peripherals.