What is Antivirus? Antivirus is one of the many software (software) that is used to facilitate computer users. In essence, antivirus is used to protect computers from various types of malware attacks, such as worms, viruses and trojans.

Apart from just protecting, antivirus is also usually made to quarantine and delete all of the malware that is detected.

In the current development, antivirus has transformed to have a lot of uses. Even not only associated with viruses, but also related to computer performance.

In addition, the codes of viruses are also usually updated by antivirus developer, so that the computer will still be guaranteed protection, even by new viruses though.

Another use of antivirus is to detect or scan data that is on our computer as a whole, which then the data is processed and sorted.

So when there are viruses or files that if dangerous to our computer, the antivirus will give a signal to us as computer users.

So the conclusion is that antivirus software is intended to protect the computer against incoming viruses.

5 of the Best PC Antivirus

With the best PC antivirus program installed, the risk caused by viruses can be reduced. The following are the 5 Best Computer Antivirus Right Now to Use according to Techno directions:

In some performance tests, the antivirus program made by Bitdefender has always been the champion. In addition to offering paid products with full additional features, Bitdefender also presents a free version.

Unfortunately, the free version has features that are classified as simple and minimal. The features available on the best and lightest PC antivirus are comprehensive virus protection, account protection, and monitoring of websites and applications.

As the most famous antivirus program in the world, it should be included in this list. With the installation of Avast Antivirus software on each device, various viruses can be easily detected and deterred.

Not only reliable in dealing with viruses, Avast as the best PC Antivirus in the world also has a software update feature that makes software easily updated. There is also a Wifi Inspector which is able to detect problems on computer networks.

In performance, AVG is not far behind with Avast, because in some tests, AVG is able to excel. This virus exterminator is arguably the best in dealing with malware.

But the drawback compared to Avast is the lack of features to protect data theft and File Shredder. However, overall, AVG has good performance, even using the application is relatively easy and uncomplicated. 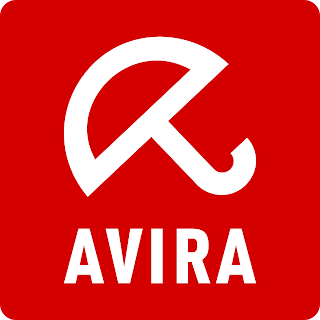 The features provided by Avira are able to tackle viruses, both in the form of malware, spyware, ransomware, and phishing. Some of the features that users will get are deterrence of virus-prone applications, surveillance of browsing activity, and protection of files.

What makes it even more loved is the look of Avira software that is easy to use and looks neat.

Kaspersky became one of the well-known antivirus software with quite good features. The features it provides are almost the same as antivirus in general, including file detection to protection from virus threats on the web or email.

But able to deter a more comprehensive virus. Actually Kaspersky has a free and paid version, but according to some people, it has features that are far from the paid version.

Thus posting about the 5 Best Free PC Antivirus Now That Should be Used according to techno directions. So, which friend do you use Antivirus? please if you have questions enter in the comments column, hopefully this is useful 🙂